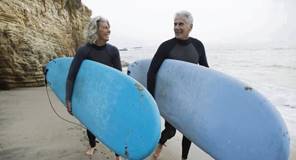 ‘FIRE’ is a term I came across in recent weeks reading some research on wealth management services in the US.

It stands for Financial Independence, Retire Early and is used when discussing the topic of managing savings, wealth and career planning.  With the economy recovering and employment near all-time highs, it is reasonable to debate the subject of ‘FIRE’ as something individuals may aspire to.  In the past, the term ‘retirement’ tended to be something associated with old age and had an end-of-life feel to it.

With your work career over, the usual pattern was to end employment around the age of 60, have a defined benefit pension that provided over 50% of your final salary and wander off into the sunset.  That pathway which was typical in my parent’s generation is well and truly over.  The good news is that health outcomes have improved immeasurably over the past 40 years and heading into your 60s is no longer the sniper alley for health that it was for a long time.  Living and working well beyond 60 with health and energy is, statistically, far more likely now than during the 1970s.

The tougher news is that those defined pensions structures are as rare as hen’s teeth.  Nowadays, you have to build a pension or savings pot that provides a sum of money which can generate either dividends or bond coupons that provide enough income to meet your needs.  Those needs are a highly subjective calculation.

If, in the middle of child rearing and funding a mortgage, the sum required may seem gargantuan. In later life, with the kids gone and the mortgage paid, the amount required is less.

Moreover, the data shows older people tend to spend less. Maybe they realise how hollow materialism actually is and instead focus on simple things that generate more satisfaction than a shopping rush.  Either way, it is worth spending a bit of time on the FIRE agenda. I prefer the term ‘FIMO’ – Financial Independence, Multiple Options. ‘FIMO’ removes the term ‘retirement’ which I would argue is increasingly redundant.  Instead, we should dream about and plan for doing different things in life that often include work but at different paces.

Bill Gates, for example, believes you should work your socks off at a young age to build wealth and then treat work with greater variability later once money is no longer a major issue.

So, if you manage to assemble a savings pot that provides financial independence, use it to consider altering the work balance without “retiring”.

Instead, pick and undertake work that better complements other aspirations in life including rest, travel, family time or other pursuits.

There is no physical reason why an individual cannot do work into their 80s while spending plenty of time on other interests.

To have ‘FIMO’, however, you need to build that savings pot. A friend asked me for advice, recently, on how to motivate his young nephew to take savings seriously.

Here is an idea. Under Irish tax law you can give an annual gift tax-free of up to €3,000 to a relative or friend. Imagine giving that, or any part thereof, to a nephew who has commenced employment.  They can take that €3,000 and invest it in a savings fund to buy equities and bonds while getting a tax break from the Government equivalent to their marginal income tax rate.  It releases an annual cash cheque while establishing a fund.  Imagine, if you can afford that, doing it for 10 years. Your nephew now has a compounding nest egg on his way to ‘FIMO’, while getting a tax refund annually along the way.

Figuring out ways to help those starting out to make savings via pensions a real objective is worthwhile if you believe in ‘FIMO’ or even ‘FIRE’.

Joe Gill is director of origination and corporate broking with Goodbody Stockbrokers. His views are personal.