Changes in the State Pension

Published on May 30, 2019Categories: Pensions 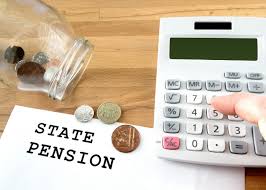 For some the State Pension (Contributory), about €13,000 pa, will be an important source of income in retirement. Recent changes will help many, particularly women, to qualify for a higher pension when they reach their State Pension age.

Qualifying for the State Pension

The two main conditions to qualify for a State Pension (Contributory) are that you:

Assuming you reach State Pension Age and get through the initial two hoops above, i.e. they started paying PRSI before 56 and have paid at least 520 weekly PRSI contributions of Class A and S, the pension you get is currently based on your annual average of reckonable weekly PRSI contributions from the year you first started working to the end of the year before your State Pension Age.

A full year working gets you 52 weeks’ PRSI contributions. To get the full State Pension you need a yearly average of 48 or more Class A and S PRSI contributions (paid or credited). The pension is reduced for lower average records:

These rates will increase from 25th March 2019 when the maximum pension increases to €248.30 pw, with pro rata increases for lower average contributions.

The current average test can be harsh on those with gaps in their PRSI record, e.g. women who gave up work for a period to mind children, and then went back to work. Because the test averages PRSI

contributions from the FIRST year working to the last year, significant gaps in between can drag down the average and hence the level of State Pension.

To fix this problem, the Government announced in January 2018 a new alternative test for the State

Pension, called the Total Contributions Approach or TCA. If this test gives a higher pension than

the average test for those qualifying for the State Pension from 1st September 2012 onwards, they get the higher pension.

Part of the new TCA is up to 20 years’ HomeCaring credits granted for periods spent caring for a child under 12 or an incapacitated adult.

The key change for women is that they can now qualify for up to 20 years of credited PRSI contributions, i.e. up to 1,040 weeks, for time spent minding a child under 12 or an incapacitated adult. These credited contributions count towards the 2,080 target.

This means a woman who paid 20 years’ PRSI (Class A and S) over her lifetime but gave up work to mind young children for 20 years, will get the full State Pension when they reach their State Pension Age.

The women who are likely to benefit most from this change are those who gave up work for a period prior to 1994 to mind young children.

Some, particularly women, who started to receive the State Pension (Contributory) from 1st September 2012 onwards, based on the average test, may now qualify for a higher pension from 30th March 2018, under the new test.

The Government plans to invite such retirees to contact the Department of Social Welfare in Q1 2019 to seek a review of their pension, and if they are entitled to a higher State Pension on the new TCA test, they will be upgraded to the higher pension backdated to 30th March 2018. This means some people will get a lump sum of arrears but remember this is taxable as income.

Those Hitting State Pension Age from 2020

Onwards It is planned that new State Pension (Contributory) retirees from 2020 onwards will get a pension based only on the TCA test outlined above, with the HomeCaring credits of up to 20 years for those who can qualify for them. If you look like you will fall short of 2,080 weekly PRSI contributions required to get the maximum State Pension, there may be a number of ways they can boost you PRSI record before reaching their State Pension Age and hence get a higher pension:

You can check their PRSI record by logging onto www.mywelfare.ie (after first getting a MyGov ID). You can request a printout of your PRSI record which they should get in the post within a week or so.

The two right-hand columns of the printed record are the relevant ones for the State Pension. You add the two together but the max total for any one year is 52.