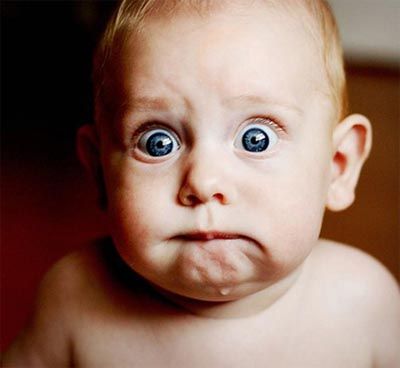 What’s the first thing that pops into your head when you hear the word ‘pension’?

Maybe it’s ‘financial hassle’ or ‘senior citizenship.’ It’s unlikely that the word ‘scary’ will come to mind. However, certain retirement trends in the Irish market will make the hair stand on your forearms.

Did you know that less then 40% of Irish professionals currently have a pension plan? For most people the current State pension represents a big step down for those in full-time employment. Definitely something that might instill the ‘fear of god’ into you!

Having a bit of a scare can be a good thing if it acts as a motivator to kickstart your retirement planning.

While the State pension will act as a lifeboat in your retirement, a proper pension plan will allow 20 and 30 somethings of today coast along in a yacht.

Below we’ve outlined seven scary facts that just might get the ball rolling on your pension plan.

Plus, there’s another hiccup for those thinking of relying on the state pension. By 2052, our 65+ population will be outnumbered by the younger generation (0-14 years) – that’d mean a population with just over two people of working age for every pensioner.

Given those stats (and potential government cuts), income tax will not be a sustainable source for many state pensions. Financial firm, Mercer described the situation as a ‘ticking time bomb.’ Pre-empting a fiscal dilemma, Australia went so far as to introduce compulsory pension contributions for all workers and this will soon be introduced in Ireland too

2. A 10-year delay could double the cost of your pension contributions

Procrastination – we all do it. Who hasn’t put off their Christmas shopping until the 23rd of December, at least once? But when it comes to pension procrastination, there’s a lot more to be lost.

Starting your pension at 25 will remove huge pressure from your financial expenditure down the line (like, big time). The difference between starting a pension plan at 25 and starting at 35 could be an extra €194* per month.

If you’re starting in your 30s, you could essentially be doubling your pension contributions at a time in your life when you may also have more financial responsibility.

A general rule of thumb for pension planning is to save enough to live on 50 percent of your income.

That’s a serious chunk of change.

“I won’t need that much when I retire,” you might think. “My kids will be up-and-gone. I’ll have finished paying my mortgage, and won’t be out on the tiles!”

The truth is that people’s spending habits don’t tend to change drastically with age – and they will have lots more free time to fill. Fast forward 50 years, and Ireland will be a society tailored for an older population, with more amenities for senior citizens (and opportunities to spend money).

Again: the earlier you start your pension planning, the more future-you will benefit.

4. Eight out of 10 may see their income fall, or remain the same, as they get older

A common presumption among workers is that their income will grow with age. However, your ‘money arc’ is shorter than you think.According to recent research, on average, income tends to peak in your 40s, with people saving the least amount of money during their pre-retirement decade.

Of course, there are exceptions to this rule depending on industry and other factors – but this won’t be a happy realisation for those who are hoping that a larger salary down the line will cover any shortfalls of pension procrastination.

A study found that women who take career breaks to look after their children tend to overlook the financial implications on their retirement plans. For the average mother, career breaks could potentially reduce her pension fund by up to €194,316.**

Another overlooked trend is that women tend to live longer than their male partners – and therefore need more money in retirement years.

6. You could be losing out on 40 percent tax savings

You may think that if you’re a savvy saver, you’ll be ahead of the game when it comes to your pension. However, the low costs and high return of saving into a pension plan compared to a normal savings plan are huge. A big benefit is that your pension contributions are tax free (although age and income limits apply).

Why not book your free retirement review with Money Plus now, and we’ll help you plan for a comfy retirement?

The content of this blog is expressed in broad terms and is limited to general information purposes only. Readers should always seek professional advice to address issues arising in specific contexts and not seek to rely on the information in this blog which does not constitute any form of advice or recommendation by Money Plus

*Figures based on 6 percent growth year on year.